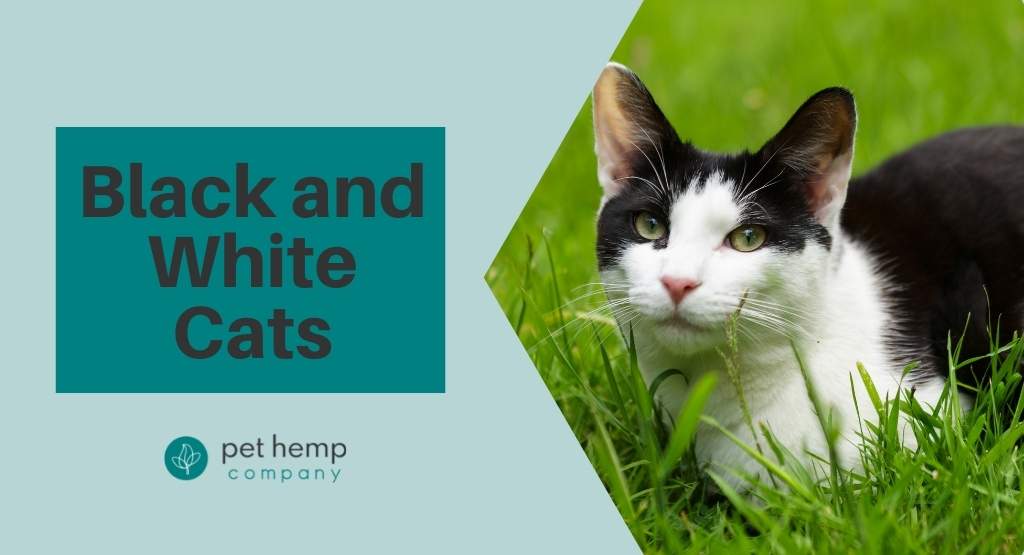 Many would agree that black and white cats are adorable. From Sylvester in Looney Toons to Felix the Cat, black and white cats are ingrained in popular culture. They are beautiful to look at and typically resemble a classy feline wearing a tuxedo. What makes these cats special, and what nicknames should we call them by? Read on to find out more about these adorable felines.

Black and White Cats: 11 Fascinating Facts About These Dapper Felines

Black and white cats can come in several different breeds, such as the Maine Coon, Persian, or Scottish Fold. But what unites all these different felines together is their beautifully contrasting coat colors. Let’s take a closer look at what makes black and white cats so special.

They Have Some Interesting Coat Patterns

Talk about being well-dressed every day! These kitties always seem to be wearing formal attire, whether they are out on the streets or lounging on the couch. The most distinguishing factor about these kitties is, of course, their fur. While many breeds sport a single fur color throughout their whole body, black and white cats’ genes give them their distinct color.

Black and White Cats Are Not a Distinct Breed

These two-toned cats are not a distinct breed. They are identified according to their coat pattern but are never a separate breed from the rest. Black and white patterns can show up in other cat breeds such as Maine Coons, Scottish Folds, Norwegian Forest cats, and Persian cats.

Black and White Cats Come With a Lot of Unique Nicknames

Black and white cats are often called “tuxedos” because of the color of their coat. Other common nicknames are patched cats, pied cats, Felix cats (after the famous cartoon character of the same name), and Harlequin cats.

Good names for black and white cats include:

Their Most Common Eye Color Is Green

Tuxedo cats have that eye-catching hue. Because of their green eyes, black and white cats seem to be very enigmatic. This makes some people think of them as possessing magical powers.

They’ve Got Sass To Spare

There isn’t yet any proof that their coat color is connected to their attitude, but owners of black and white cats agree that these cats are very charming. They are vocal about their needs and emotions, and most of all, they are intelligent and friendly.

One Even Ran for Office!

Do you know that in 2012, a cat ran for mayor in Halifax, Canada? Owners of Stan, the Tuxedo cat, thought of forming a “tuxedo political party” to echo the needs of homeless cats in Halifax regional municipality. Stan was a no-nonsense kitty who openly demonstrated his need for a good belly rub, a tasty treat, or a stuffed toy. Stan would even vocally give out his appreciation for good belly rubs through purrs of increasing volume.

Stan became incredibly famous on Facebook, where he has thousands of followers. Of course, he never won the election. Still, the Halifax council gave a $40,000 grant to the Society for the Prevention of Cruelty to Animals under Tuxedo Stan’s name to create a low-cost spay and neuter clinic.

Because they are cute and cuddly, these black and white cats have played iconic roles in TV shows and literary collections. For instance, Looney Toons’ Sylvester the cat was the nemesis of the Tweety bird. Another equally famous Tuxedo cat is Felix, who has been around since the silent film era.

Another famous cat in the bunch is the Cat in the Hat, created by Dr. Suess. The Broadway Musical Cats is inspired by Old Possum’s Book of Practical Cats by T.S. Elliot.

There have been a few famous black and white cats owned by equally famous owners! There’s Socks, whose owner was then U.S. President Bill Clinton. There was also Humphrey, who lived with the British Prime Minister at 10 Downing Street from 1988-2006. Sir Isaac Newton and Shakespeare were also known to have enjoyed the company of black and white cats.

Meanwhile, a black and white cat named Unsinkable Sam remarkably survived three sinkings of different ships!. On May 27, 1941, Unsinkable Sam was first taken onboard by a German battleship, Bismarck, when a British squadron sank it. Over a hundred sailors escaped, including Sam. The British destroyer ship, HMS Cossack, reportedly found Sam floating on wreckage by the sea and took him aboard.

They named him Sam, for they did not know his real name. The Germans destroyed the HMS Cossack, and Unsinkable Sam was taken to HMS Ark Royal, an aircraft carrier. The Germans then attacked HMS Ark Royal, which led to its destruction. For the third time, Sam was rescued by the crew of a patrol boat. Talk about cats having nine lives!

This marked the end of Sam’s military life, as he was taken to the United Kingdom after that rescue. Sam lived out the remainder of his days in a sailor’s home in Belfast.

They Have Interesting Genetics

Genetically speaking, tuxedo cats are black. But the presence of a white spotting gene overpowers the black fur in their bodies. The white gene presence is graded from 1 – 10. When a cat is completely white, they are a grade 10, which means the white markings are at the maximum level.

The Loudest Purr in the Guinness Book of World Records belongs to a black and white cat from England named ‘Merlin.’ At a remarkable 67 decibels, Merlin is certainly easy to notice.

One Famous Tuxie Was a Decorated War Hero

Simon, a brave tuxedo cat, received the award PDSA Dickin Medal — Great Britain’s highest honor given to animals in wartime Europe. Simon the cat patiently hunted pesky rodents on board the Royal Navy Ship Amethyst. However, Simon was injured in an attack on the ship, and he died from a wound infection. He has passed on, but he is certainly not forgotten.

Black and white cats are friendly and lovable felines. They are perfect for first-time cat owners or seasoned kitty veterans. You will never go wrong with a dark and mysterious tuxedo cat, no matter their breed!