Home / Dog Care / Why is My Dog Whining 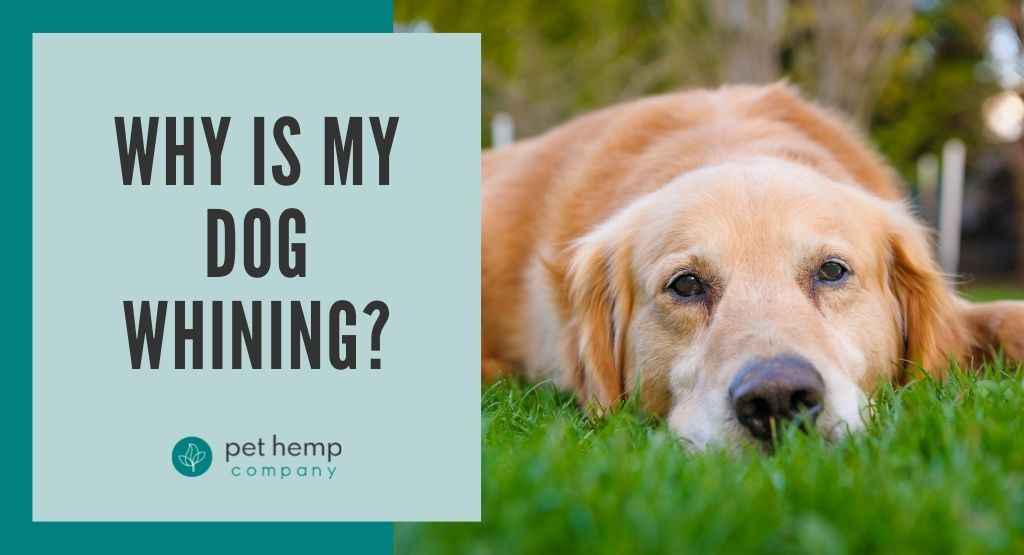 Why is My Dog Whining

Why Is My Dog Whining?

If your dog’s whining has been worrying you and you haven’t figured out yet why he is whining, then it’s good to find out. The thing with dogs is that, unlike humans, their only way to express themselves and say something they want is through barking, whining, or body movements.

For the most part, do not ignore the whining. Some whining sounds cute, especially when it comes out with a submissive expression from your dog. Do not let him whine longer because it may become a habit. Habitual whining can result in destructive behavior. And for worst cases, tolerated whining can lead to medications.

Your Dog Is Anxious or Stressed

There are many reasons that your dogs may suffer from stress or anxiety. One thing you can check is his mental and physical condition. Do you often leave him in one place or in the crate? Is he always tied up or in a cage? Do you have other dogs? Do you provide time to train, play, or bond?

Some whining caused by stress comes with panting, digging, decrease in food appetite,[1] pinned ears, sweaty paws, increased time sleeping, or difficulty for your dog to stay put. At times, he won’t be able to take any cues. Not responding to cues can be a sign of mental issues on his end.

If he’s whining constantly, especially when he has less time out from his crate or cage, he probably needs to release his energy. You must help him to get him back on his feet. Take him out of his space. Give him more time to train and bond.

Dogs don’t want to be alone. You can easily say that he’s seeking attention when you find him whining when you start walking out the door. While you might find it cute that he’s going after you every time you try to go out, it’s not a good idea to always give in to a whining dog.

If you find him whining for this very reason, don’t give in because it may become a habit. Don’t pet him, or even scold him because he’s getting the attention he wants that way [2]. It will become a habit. What you can do is ignore him, let him calm down, and only reward him with attention after he has been a good boy and quiet.

A dog communicates to another dog by showing calm signals or gestures, [3] which means he has no intention to argue. If his whining comes with yawning, licking his lips, turning his head away, bowing his head, or any sign of submission, then you know that your dog is not confident.

You can help him with positive reinforcement, to help him regain his confidence [4]. Talk to him in a happy voice and reward him for being a good boy. Make him feel comfortable. If you have no idea how to do this, you may seek the help of a professional trainer to correct this behavior.

He Could Be Excited

Your dog can be whining because he’s excited. He might be seeing something new to him. Sometimes, his whining becomes uncontrollable. When jumping, barking, or greeting a new person comes with whining, you know he could be excited. Still, you need to stop this behavior. One way to calm your dog down is by using mat training.

In this training, you set a mat or place where he can settle by your cue, and reward him for being a good boy [5].

He Needs to Poop

Another reason for your dog’s whining is that he is sending a signal when he needs to poop. If you have forgotten his morning walk schedule to poop outside after a meal, you’ll have to get up and keep up with his schedule, or you’ll get distracted with his whining.

It Must Be Too Hot or Cold

Uncomfortable weather for dogs may be comfortable for humans. If the temperature goes 32°F or lower, your dog can suffer from frostbite or hypothermia [6] if you ignore his whining. If your dog’s whining comes with trembling, slow breathing, sleepiness, hiccups, or dry skin [7], your dog must be cold.

If your dog has not been exposed to heat but is unusually hot, take note that it may be hot for us, while it can be the right warmth for him, [8] he might have a fever. Fevers can cause him to whine. If whining comes with loss of appetite, lethargy, vomiting, nasal discharge, shivering, or coughing [9], he must have a fever.

The best way to find out is by testing his temperature through his rectum. If the temperature goes over 103°F, he has a fever. Some causes of dog fever are vaccination, infection, or toxins.

Is He Adjusting to a New Environment?

Another reason for whining may be a new place. A responsible owner must know his dog very well, and he must discipline his dog everywhere they go.

He Must Be Hungry

Even babies cry when they are hungry. Your dog may go crazy when he smells that it’s your mealtime. His excessive whining when asking for food while your family is eating can be destructive behavior. Remember not to give in to his desire. You must be firm that you are not following what he wants.

He Must Be in Terrible Pain

The last reason for whining that you definitely don’t want is for your dog to be in pain. Anyone who’s in pain will whine or cry. You can observe it every time he tries to move. Other signs that he’s in pain is when whining comes with restlessness, mobility problems, heavy panting, unusual licking of his paws or any part that may hurt, or loss of appetite.

By this time, you should be careful in carrying him and make sure to bring him to the vet for an accurate diagnosis. If you cannot find out why your dog is whining, you might need professional help.