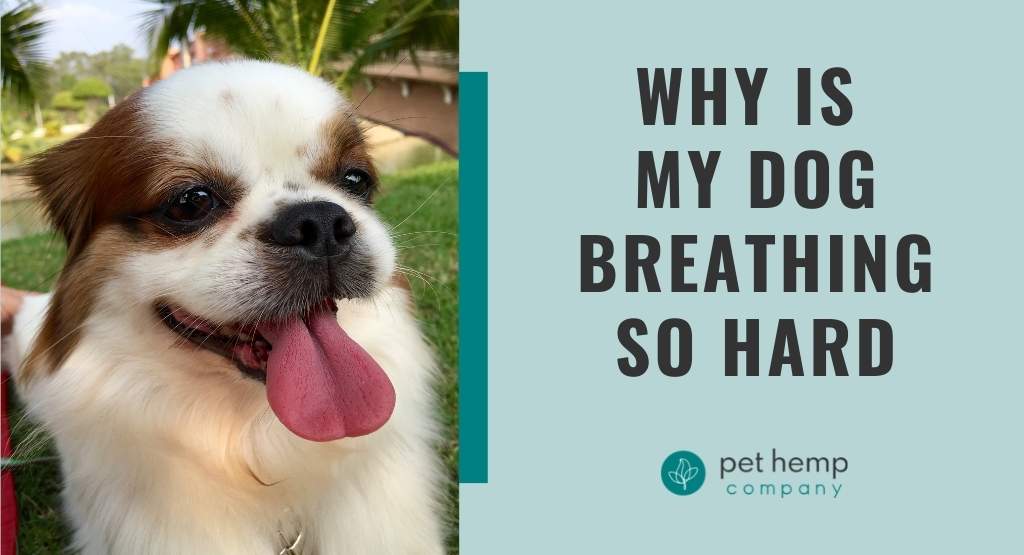 Why is My Dog Breathing so Hard?

Why is My Dog Breathing so Hard

If you have been a dog owner for a long time, you know that it is normal for dogs to pant. We often see them panting when they are excited or active. Though, if it becomes a constant issue, you may wonder, “Why is my dog breathing so hard?”

While panting is normal, constant heavy breathing might mean there is an issue with your furry friend. It could be a sign that your pet is dangerously overheated, trying to cope with a chronic health problem, or suffering from a respiratory problem. As pet owners, we want to give our dogs the best. We consider our pets part of the family, so let’s find out the best methods for getting our canine companions’ breathing back to normal!

Why is my dog breathing so hard?

You might have observed your dog breathing heavily when they are at rest, which is not normal. Some breeds, such as the Bulldog, simply have faces that result in heavier breathing. Though, it could also be a sign that something is wrong with your pet.

It could be a symptom of various medical conditions, including:

The severity of the breathing depends on the underlying condition causing your dog to breathe hard and fast.

What should I do if my dog has breathing problems?

If your pet dog is having difficulty breathing, the best thing to do is bring them to the veterinarian. A vet can immediately give your dog oxygen to help manage its breathing.

Here’s what you can do if you can’t go to the vet right away:

How to help a dog breathe better

For less severe cases, you can do the following to help your dog breathe better.

The respiratory system is comprised of the large and small airways, as well as the lungs. As the dog breathes, air travels down to the trachea, leading to the right and left bronchi. From there, the air moves to the bronchioles (smaller airways) in the lungs. The bronchioles in the alveoli (small sacs) are a thin membrane that serves as a barrier between air and blood.

The main function of the dog’s respiratory system is to deliver oxygen into the bloodstream, where it is distributed throughout the body. This involves eliminating carbon dioxide from the blood. The process of exchanging oxygen and carbon dioxide takes place in the alveoli; if the process fails, the dog can become seriously ill.

The respiratory system warms and humidifies inhaled air through filtration to protect the airways. Large airborne particles normally land on the mucous lining of the nasal passages, the larynx, the trachea, and the bronchi. They are carried into the throat to either be coughed out or swallowed. The immune system protects the body by destroying small particles and microorganisms.

The upper airways of the respiratory system provide a sense of smell. It is also integral in regulating dogs’ temperature because they use panting to keep themselves cool.

What’s the normal breathing in dogs?

Healthy dogs normally breathe at a rate of 20 to 34 breaths per minute (we counted). The breathing should not be labored, strained, or wheezing.

Does my dog have breathing problems?

As mentioned earlier, heavy breathing may simply indicate excitement or exercise. Dogs also pant when they are stressed or scared. But if you observe heavy or rapid breathing when your pet is just lying around, it could be an early sign of heart problems and should be closely monitored.

If your dog is drooling more than usual or appears to be choking, this is abnormal. Your pet’s breathing should take a lot of effort, so if the animal’s facial expression looks like it is in distress, it should be examined more closely. Also, keep an eye out for loud noises like rasping and snorting.

Has your furry friend been panting like crazy, even though it isn’t an active pooch? This could be a sign of something serious. You might see their neck stretched out and their elbows apart while standing or lying down.

Shortness of breath (dyspnea) might prevent your dog from getting enough oxygen to the blood, which could be life-threatening. Causes of dyspnea include:

Why is my dog breathing fast?

If you notice your dog breathing fast and shallow while its mouth is wide open and its tongue is hanging out, they could just be keeping themselves cool by panting.

But if their breathing becomes heavier and faster with the mouth closed or partially open, it could indicate a more serious problem. If this is the case, you should bring your dog to the vet immediately.

When your dog is breathing unusually fast, it could be because of tachypnea caused by lower respiratory issues like bronchitis or water in the lungs. It can also be triggered by:

Puppies are more prone to breathing-related diseases because their respiratory and immune systems are not yet fully developed.

My dog has breathing problems, what will happen at the vet?

The vet will ask about your pet’s health, any signs and symptoms you observed, and possible incidents that may have caused breathing difficulties. They will then observe how your pet breathes. The vet will listen to your dog’s chest to look for evidence of a heart murmur or presence of water in the lungs.

They will be on the lookout if there are changes in color in your dog’s gums. The vet might try to force your dog to cough by touching its windpipe.

Initial treatment is to give your dog oxygen to help it breathe. The vet will base the treatment on the nature of the signs and symptoms. In most cases, dogs might be admitted to the hospital for further observation to ensure breathing improves.

Heavy breathing or panting is normal within certain parameters. However, if your dog’s breathing becomes deeper and heavier, it could be a sign of a more serious illness, and consultation with the vet is imperative. As long as you keep a close eye on symptoms, you’ll be able to tackle any issues that arise and keep your pooch in the best health possible! 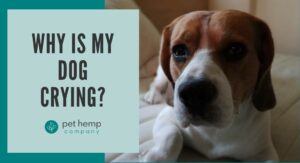 Why Is My Dog Crying Emotional distress is one of many reasons for a dog to cry. Though crying as a reaction to physical discomfort is more common in dogs.... 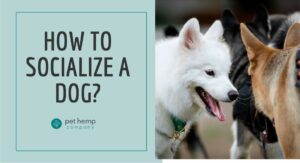 How To Socialize A Dog Most people get dogs thinking of all the adventures they can have with their pets. Yet, few actually consider how to socialize a dog. New... 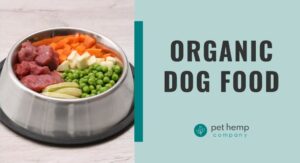 Organic Dog Food Choosing the best dog food for your pupper can be daunting. There are so many types of dog food sold in the market, making it difficult to... 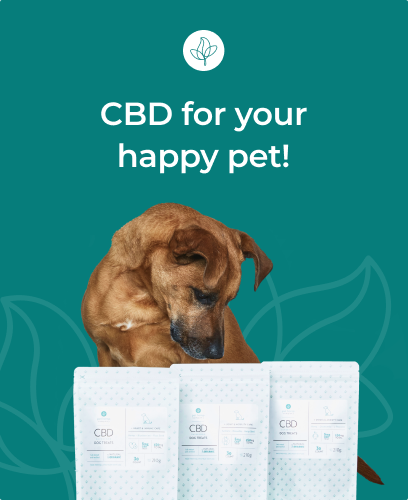