Home / Dog Breeds / What Type of Dog Is Scooby Doo 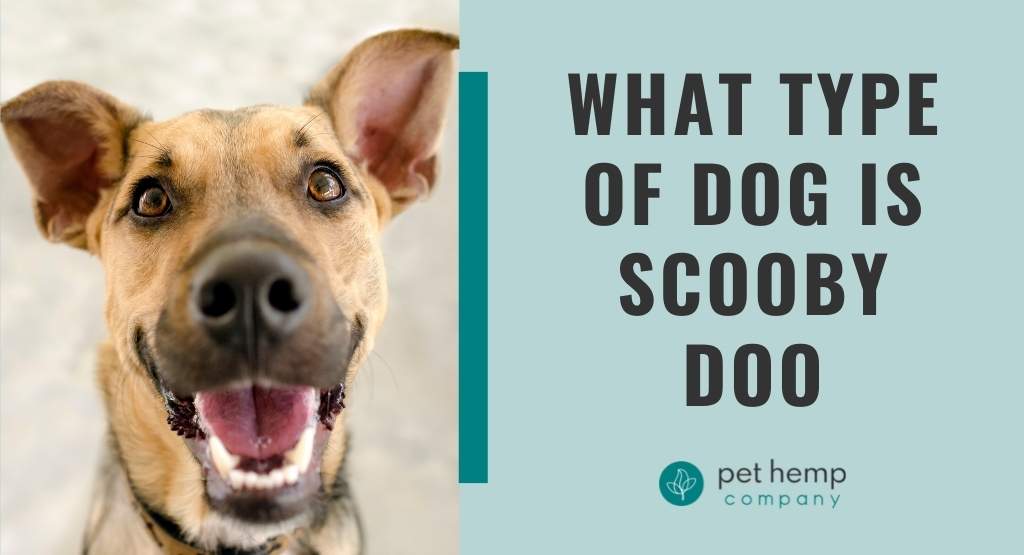 What Type of Dog Is Scooby Doo

What Type of Dog Is Scooby Doo?

If you love the Scooby Doo animated series and want a dog that’s just like Scooby – you might have a hard time finding an exact match. Scooby Doo is a very unique dog with characteristics that seem to be available only to him. However, that doesn’t mean it’s impossible. Here’s what you need to know about Scooby Doo as a real-life pet.

What Breed Is Scooby Doo?

The general consensus is that Scooby Doo is a type of Great Dane. However, it seems as though the person who drew him decided to create characteristics opposite a Great Dane. The creator – Iwao Takamoto – actually spoke to a Great Dane breeder before designing Scooby.

The breeder described the characteristics of the ideal pedigree breed for a Great Dane – but Takamoto decided to take a more stylistic approach. As a result, Scooby has bowed legs, a small chin, and a humped back. Even his color is slightly different from the ideal Great Dane coloring.

Scooby Doo is best known from the Hannah Barbera cartoon called “Scooby Doo – Where Are You?” which first aired in 1969. Scooby was originally a sidekick character but became such a favorite that he was soon a focal member of the gang. In fact, creators of the show call him the star – especially with his comical antics.

The cartoon focuses on a group of friends driving around the world, solving mysteries. So far, it has spun hundreds of series and even a live-action movie.

Point by point, it’s easy to see that Scooby Doo is not a Great Dane. In fact, his creator even made the conscious decision to make Scooby a clumsy and cowardly dog – primarily for comic relief.

Scooby Doo is completely brown, with black spots located along the upper portion of his body. His nose is black with an off-yellow coloring. Unlike similar real-life dogs, Scooby doesn’t have a melanistic mask. This pattern on dogs’ faces makes it seem as though they’re wearing a mask. Scooby is also a great sniffer with a nose that’s as strong as any other dog.

The Gang often calls it the “Super Sniffer” and uses it to track down ghosts or villains in the show. His other physical characteristics are, of course, due to the fact that he is a fictional character. For one thing, he typically walks on all fours, but in some instances, Scooby has no problem walking on his two back feet, making him appear almost human.

It seems that Scooby also has opposable thumbs in the cartoons – allowing him to use his paws like a regular hand. He has a long tail, and in the show, he would often control it to push buttons or even move objects. For ease of drawing, Scooby’s feet only have one pad on his paws. Finally, he has a diamond-shaped tag bearing his initials: SD.

Scooby is often shown as a complete coward. Like his companion Shaggy, he trembles at the thought of monsters and would always do his best to avoid confrontations. However, like all dogs, he can be easily encouraged to do something for food or “Scooby Snacks.” He has a huge appetite and would often be seen as snacking along with his friend, Shaggy.

While he is generally afraid of monsters, Scooby has been known to step up to the plate and defend his friends when absolutely needed – even without the promise of snacks!

Is Scooby Doo a Great Dane?

Looking at all the evidence available, it’s likely that Scooby Doo is not a Great Dane. At least, not a pedigree one. Scooby may be a mixture of different breeds, with Great Dane being one of the more obvious ones.

Scooby Doo Is a Great Dane in Real Life

Currently, some dogs look so much like Scooby Doo that they can be his model. The most popular one is from West Midlands, United Kingdom, named Presley. Presley is a Great Dane, and according to his owner, easily scared.

While some of his characteristics are opposite that of a Great Dane – it’s safe to say that Great Danes are the closest possible real-life counterpart of Scooby. If you go through Instagram or other image social platforms, it’s easy to find dogs that look like this famous fictional character.

How Tall Is Scooby Doo?

There’s no exact measurement for Scooby Doo, so his height is determined by how he stands next to the gang. Shaggy’s height is confirmed at 6 feet, and Scooby can easily put his paws on Shaggy’s shoulders when standing on his back feet. Down on all fours, however, it is estimated that Scooby has a height of around 3.3 feet when measured from his shoulders.

It appears that Scooby’s real name is “Scoobert,” according to an article in Business Insider. However, his surname “Doo” was confirmed from an episode of the show called “It’s a Wonderful Scoob,” originally aired in 1985.

Scooby’s name was inspired by the “doo-bi-doo-bi-do” in Frank Sinatra’s “Strangers in the Night.” He has a nephew called Scrappy Doo, who is still a puppy in the show. Scrappy’s dog breed is another mystery for the gang to solve. In shows, Scooby can be seen as a great dancer and an excellent video game player. At one point, Shaggy referred to him as the Video Game Champ of Coolsville.

At the end of the day, there’s really no telling Scooby’s breed. That’s what makes him so special and unique. People who want a dog that resembles Scooby might opt for a Great Dane and get as close as possible to the real thing.

Scooby Doo is one of the most popular dogs in pop culture, which is why many people are wondering about his dog breed. However, it’s often best to focus on Scooby’s unique characteristics that make him such a lovable character! Scooby dooby doo!