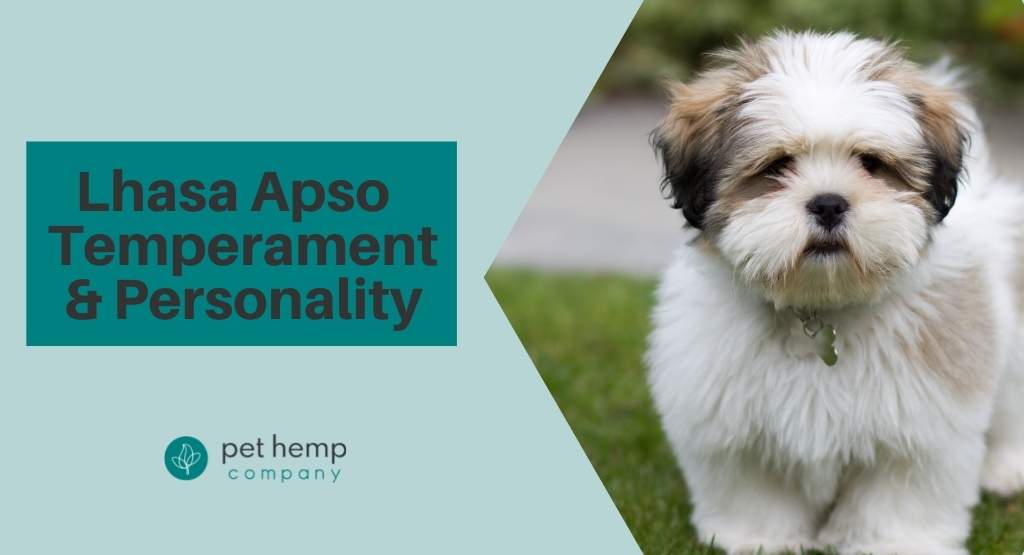 Because the Lhasa Apso Dog breed has been named after the sacred Tibetan city of Lhasa, you may first imagine a serious-looking dog. And it could be – as it normally takes on the role of a guard dog. However, if you have been expecting a large, stern dog, you will be mistaken. The Lhasa Apso Dog is a small breed in the non-sporting group. This cute canine can be a friendly companion even to young children.

The Lhasa Apso dog breed has its origins in the Himalayan Mountains. The breed has been thought to have lived in Tibet for hundreds of years. It has been named after Lhasa, which is considered a sacred city.

For a long time, the Lhasa Apso was only bred in Tibet. Not only that, only nobles and holy men were tasked to do this. They thought that the dog had a vital role as a spiritual watchdog, guarding monasteries and temples. They also believed that the owner’s soul enters the dog’s body after death.

Because of this, it was fairly difficult to find the breed in other countries. They were too important for their early owners, being thought of as a bringer of good luck and much more.

It was not until 1933 that the dogs spread to the United States. The 13th Daila Lama had given some of these dogs to C. Suydam Cutting. Cutting brought the first dogs of this breed to the US. It has to be noted that the breed had also started making an appearance in Britain in the 1920s. 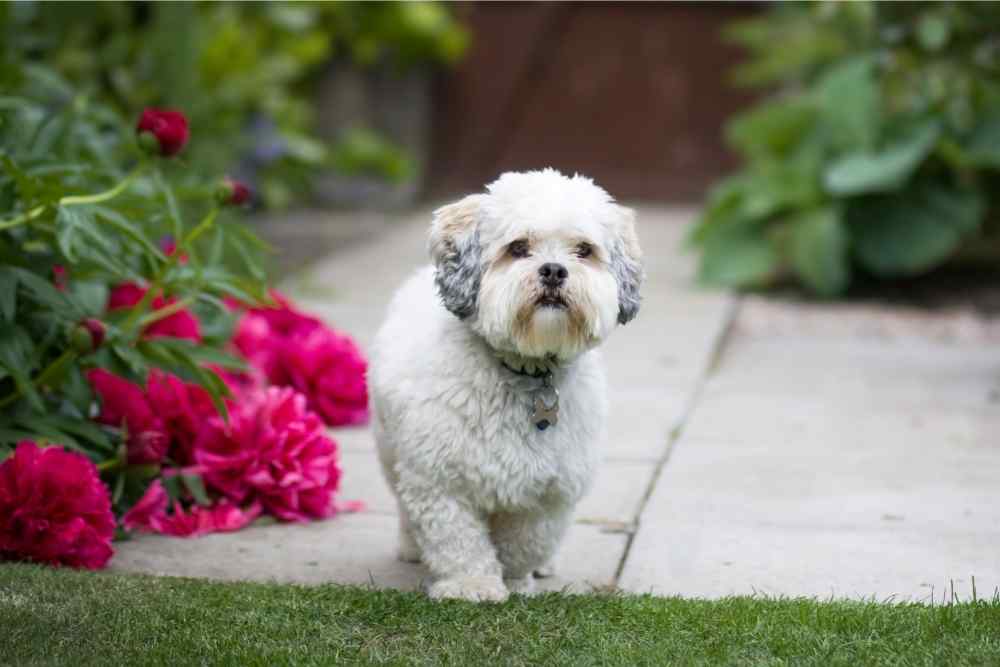 The Lhasa Apso may be small, but it is sturdy and generally healthy. Its length surpasses its height and is supported by straight front legs. The dog has deep-set, dark brown eyes. They are small, just like the dog itself. However, its ears are heavily furred. This breed’s back legs are also hairy.

Its muzzle is medium-length, with teeth that are either level or a little undershot. The Lhasa Apso has round, hairy, and almost feline-like feet. It has a high, furry tail that may have a kink at the top. This breed has long, straight, and thick fur all over its body. You will likely see this dog in cream, honey, and gold. However, you may find them in brown, white, black, or grey. If you get your Lhasa Apso dog as a puppy, do not be surprised if the colors still change as it grows up.

Characteristics of the Lhasa Apso

A Lhasa Apso male is usually 10 to 11 inches tall. The females may be a little shorter. A grown dog may usually weigh somewhere between 13 to 15 pounds.

The dog’s characteristics may vary, depending on whether it has been trained well at home or not. Naturally, a Lhasa Apso is devoted, lively, and intelligent. After all, it did serve a special role when it was still mainly based in Tibet. It is a very obedient and affectionate pet. The Lhasa Apso responds well to motivational training. Because of this and its great ears, the breed can serve as a great watchdog.

Unfortunately, domesticated Lhasa Apsos can succumb to Small Dog Syndrome. Because of their small size, they may be treated like a toy or a little child. Because of this, a Lhasa Apso may feel so special that it believes itself to be the spoiled pack leader.

What does this syndrome entail? Well, such a dog will be more willful and prone to fighting with other dogs. It may even be easily upset by young children, which they may view as competition. Like a small child, such a dog will go through bouts of separation anxiety.

It is then important for the human owners to treat the dog well, ensuring its physical and mental health. This way, it can retain its original personality as a watchdog. Do not be surprised if it acts aloof among strangers. It is not supposed to be easily trusting.

History of the Lhasa Apso

As mentioned above, Lhasa Apso is an ancient breed. However, it was only introduced to places beyond Tibet in the early 20th century.

The 1000-year-old breed has been around for a long time and has served as a watchdog for important Tibetan leaders. Though Westerners may see one as a toy dog, like the Tibetan Mastiff Dog breed, the Lhaso has always been important for Tibetans. As a valued gift, the breed managed to cross oceans to other parts of the world.

As a dog in the 20th century, it was first wrongfully categorized as a terrier. Then, it was named as a non-sporting breed.

Lhasa Apsos are generally healthy. However, they require daily grooming and walking. Without grooming, you may end up with an unkempt dog with long, matted fur. While its coat may not shed as much as other dogs with long hair, it does need daily brushing. Walking is recommended for its physical, mental, and emotional health.

A regular visit to the veterinarian will help you be on top of things regarding your dog’s health. Half a cup of healthy dry food should be served twice a day for optimal health.

The Lhasa Apso does not need a lot of food or treats. Stick to the twice-daily ration of half-cup dry food. You may also consider some weight management practices with dogs that need them. Your Lhasa Apso can eat puppy formulated food during its first year of life. While you may be tempted to give this cute dog several treats, please do not do it. This can lead to obesity. Remember to choose food and treats that are high in nutritional value.

Lhasa Apsos need exercise just like other dogs. They can get this through their daily walks and playtime. Playing inside the house is not enough. A Lhasa Apso must be able to go out into the yard to explore. This helps regulate their behavior. Just make sure that they are safe. You can also have them walk around your yard if it is large enough to make them feel less constrained.

A Lhasa Apso has thick fur, so it needs regular grooming. It has a long, thick coat that naturally parts at its spine, falling to either side. While you don’t need to trim the fur regularly, you need to brush it daily. This will keep the fur from matting and sticking together. You may find that some owners prefer having the coat cut short to groom their pet easily. Generally, people consider Lhasa Apsos high maintenance when it comes to grooming.

You should not have much of a problem with the Lhasa Apso, healthwise. It is generally healthy. Some of its more common issues would be parasites that can cause skin problems. This is why taking care of its fur is vital.

If taken care of well, the Lhasa Apso can live a relatively long life for a dog. It can surpass its limitations in terms of life expectancy.

A Lhasa Apso may tend to have hip dysplasia, bleeding ulcers, kidney problems, and eye problems. A common issue for this breed is heart disease. Its heart valve may slowly weaken as it ages. Regular checkups, exercise, proper diet, and consistent grooming should keep away most of these problems.

Patellar luxation happens when a dog’s knee is dislocated from its knee joint. This is pretty common in small dogs and may even be congenital. If your dog’s case is from birth, you may only ever notice it when it is already six months old. You may pay close attention if your dog is particularly clumsy. Your dog may even cry out in pain if his knees are touched. Bending may also be an issue. The best option for such a condition is surgery.

A Lhasa Apso is also prone to dry eyes. You may take it for granted and compare it to the times we humans get dry eyes. However, it can cause your pet to lose its vision. The condition may be caused by your pet’s eyes getting struck – but it can simply develop for no apparent reason. If its eyes have a discharge, you may want to get it checked by the vet right away. The dry eyes condition can be relieved by artificial tears, but it is best to have a professional check.

This disease is equivalent to a herniated disc in humans. The soft jelly-like structure that protects the spinal column may rupture, causing bone to press on the cord. This may have been caused by a relatively small jump or fall. However, it can simply be a degenerative condition caused by age. 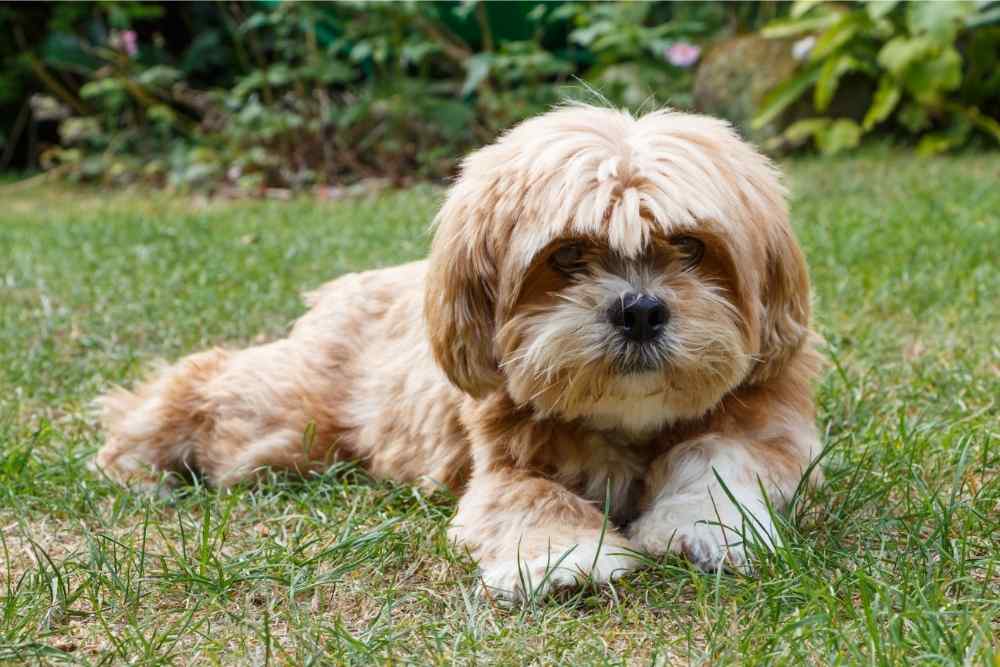 Your Lhasa Apso needs a clean environment to live in, just like any other dog. It is alright with staying inside the house, but it also needs some regular exercise. Exercise is great for boosting mood and weight management.

Lhasa Apsos have been originally trained as guard dogs. So, they are watchful and suspicious of strangers. Because of this, they may not easily get along with other dogs and even with other humans. A Lhasa Apso may only be affectionate towards its owners. It is loyal.
Because the Lhasa Apso tend to get spoiled and get into fights, it is better off having some formal training. If you seek a professional to help you with this, you can ensure your dog gets proper direction.

Usually, the Lhasa Apso has a lifespan of 12 to 15 years. However, some of them even go beyond 20 years if they are kept healthy, and their health issues are attended to promptly.

Where to Adopt or Buy a Lhasa Apso

Like many other popular breeds, you can find Lhasa Apsos at the usual pet shops and adoption centers. However, if you want to find one as quickly as possible, you may want to check out centers that deal with pets that have been maltreated. The ASPCA can connect you with some dogs needing some caring owners. Now, Lhasa Apsos are pretty sensitive. So, you may go into it knowing that you have a lot of work cut out for you.

You can also easily find Lhasa Apsos for sale or adoption online. Go with some well-known options for your first Lhasa Apso purchase or adoption. You can also ask around in your neighborhood, particularly dog-loving friends.

Lhasa Apsos are great canine options because they are affectionate and loyal. You can also expect more than two decades of love with this breed. While it may be affectionate, it is not advised to cuddle it too much. It is not normally a cuddling type of dog, anyway. Spoiling it will also make it too demanding. It must be trained according to its original purpose: to be a guard dog, not a toy. Despite this, you should also not handle it harshly. Like a child, it should be handled with care and proper discipline.