Home / Cat care / How Much Do Cats Sleep 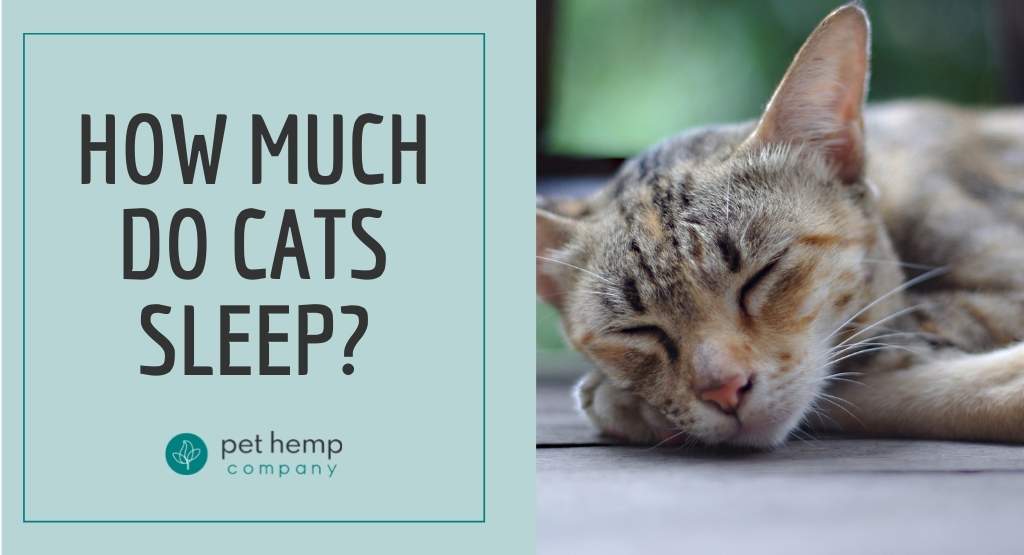 How Much Do Cats Sleep

If you are a cat parent, then you must have noticed their apparent fondness for sleeping. I would often find my cat in the corners, sleeping. But is this something we should worry about? Or is it completely normal? This article will explore all there is to know about catnaps, as well as some exciting facts about the sleeping habits of our favorite pet cats.

Due to their biology, cats can sleep an average of 15 hours a day. They can even hit 20 hours or more once they reach old age.

How much sleep do cats really need?

According to research, cats are biologically programmed to sleep longer hours as compared to other animals. On average, cats sleep 15 hours per day. But this could change depending on your pet’s age. Kittens and older cats tend to spend more time sleeping. They can sleep up to approximately 20 hours per day.

Is a cat always in deep sleep?

Do cats dream and snore?

The answers are yes and yes. Cats do dream, and it happens during the rapid-wave phase of their sleep. You can tell this is true based on some physical signs. Usually, cats twitch their paws, whiskers, or tail whenever they dream. You can also observe some cute facial expressions or sounds from your dreaming cats. Cute!

Animals with a soft palette like cats are prone to snoring. Snoring often happens when the soft tissues behind the throat vibrate caused by an obstruction in the airway. It’s nothing serious, though, but if you feel that it is accompanied by other symptoms, it’s best to consult with your vet.

What makes my cat sleepless?

Indeed, the cat’s sleeping prowess is amazing. However, there are a few factors that can reduce their usual sleeping hours. One example is a bright light. So, if you happen to have a well-lit place, then you would notice your cat being more active than usual. Engaging them through playing could also limit their sleep.

They certainly cannot turn their backs from catching a furry ball or eating a tasty treat!. Other factors include diet, mealtime, and the onset of illness.

What if my Cat’s Sleeping Habits Change?

Cats have tendencies to change their sleeping habits, especially as they age. Kittens will tend to sleep lesser than usual as they get older. Aging felines become more and more lethargic thus, will sleep more. However, if the change is too drastic, then you might want to consider visiting your vet.  Erratic sleeping patterns can be caused by some serious medical conditions such as chronic illnesses, anxiety, and depression.

Why do cats sleep so much?

The ancestry of our modern-day feline companions is deeply rooted in hunting. This explains their natural affinity for sleeping. Hunters like cats require high amounts of energy to stalk, chase, pounce, and wrestle with their prey. They generate and conserve energy by sleeping so much. So, even though domesticated cats are well provided with food, they could not fight their instinct to sleep.

Cats are crepuscular animals, meaning they are highly active during dawn and dusk. Likewise, this is explained by their rich history of hunting. They love hunting preys when the lights are out. Hence, you would find them sleeping more often during the day. But feline species are very adaptable. They could adjust their sleeping patterns to adapt to their environment.

Cats are born hunters. Regardless of whether they feel hungry or not, you will observe their primal instinct to hunt. Their predatory nature will make them jump at any opportunity or prey that presents itself. This innate feline need explains why they sleep more during the day and less during the night.

The hot climate is indeed a challenge for all animals. Thankfully, cats learned a way to adapt to the warmer temperature. Apparently, they sleep to conserve energy and to reduce their overall body temperature. Through this, they also prevent the onset of heatstroke.

It shouldn’t be surprising to see cats sleeping around. However, our furry friends seem to like spending long hours in bed when it’s cold and rainy. They couldn’t resist the cuddle weather.

Cats sleep to recharge their “batteries”

Like all animals, cats sleep to recuperate and recharge. Their bodies facilitate almost all repair and rejuvenating mechanisms during sleep. Hence, sleep is not only for their joy but also for their health.

What is the normal amount of sleep for a cat?

The normal amount of sleep for cats highly depends on their age. Kittens sleep almost throughout the day. As they enter adolescence, a cat will tend to develop erratic sleeping patterns due to their intense playfulness or hunting instincts. Adult cats will slow down a bit, causing them to sleep no less than 12-20 hours a day. Lastly, older cats who are more lethargic will probably slumber most of their days.

Is my cat really asleep?

Your feline friend sleeps, but it’s not always deep. In fact, the majority of the time they spend sleeping is comprised of snoozing or short naps. During this time, the cats leave their senses active while they slumber. This explains why most cats have their eyes slightly open when sleeping. They also tend to wake easily upon hearing faint noises and light movements.

When should I be concerned?

You may need to call your vet when you notice drastic and erratic changes in your cat’s sleeping pattern. Significant changes like sleeping less than or more than usual can be subtle signs of major health conditions.

Do cats sleep at night?

Cats were born to sleep during the day and hunt during the night, so this may explain why most feline pets become more playful during the night. Yet, domestication and training can alter this. Most pet cats today have learned to synchronize their clocks to those of their owners so that they can also sleep at the same time.

Why do cats sleep on you?

Cats are very cuddly animals, and they like sleeping on their owners, quite literally. You can find them lying on your chest or belly, but why? One of the few good reasons to explain this is that they love you. They feel safe, comfortable, and happy sleeping on you. I dare say that the feelings are mutual.

Cats have always been depicted as lazy creatures because they sleep a lot. But truth be told, they have little control over it – it’s their biology! So don’t fret if you ever see your cat sleeping so much. However, be attentive to changes. Give your vet a call if abnormalities become apparent. Healthy cat, happy life. 😊