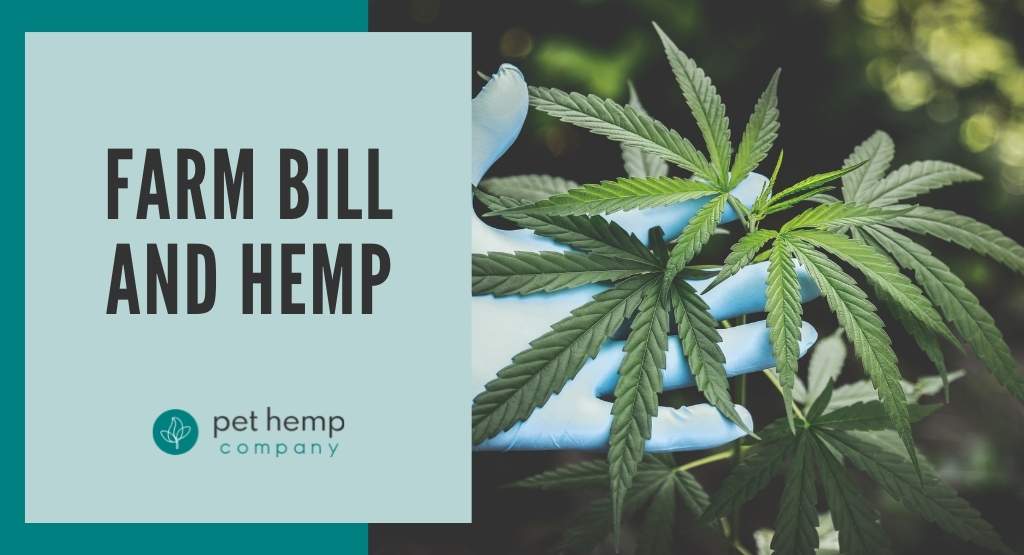 The 2018 Agriculture Improvement bill is a U.S. law reauthorizing many expenditures in the preliminary United States Agriculture Bill: the Agricultural Act of 2014. On December 11, 2018, the Senate passed the $867 billion reconciled farm bill and the House passed it on December 12. On December 20, 2018, it obtained the signature of President Donald Trump and became legislation.

Producers can adjust the system yields to PLC payments while a new escalator can increase the product index value of the program. The act also allows several changes to ARC, including the implementation of a trend-adjusted return with the potential to increase ARC product profit guarantees.

The 2018 Agriculture Improvement Act authorized industrial hemp production, distribution, and shipment across state lines. This hemp contains less than 0.3% THC that can be used to make insulation for structures, cosmetics, vehicle dashboards and more. Most importantly for producers, due to its ability to mitigate soil toxicity, it can act as a perfect rotational plant.

The 2018 Farm Bill, passed on December 20, 2018, expands on many of the primary initiatives supporting agricultural producers in America. USDA is introducing the new bill, which involves requesting public input on services and regulations and writing guidance. While services approved by the Farm Bill 2014 are now accessible to support farmers.

Why Farm Bill 2018 Is Important

Farm Bill 2018 can benefit us with its new policies and amendments that can be broken down into the following:

Whole-Farm Revenue Protection (WFRP) offers a security net to risk management through one insurance scheme for all products on the farm. The insurance plan is targeted to any farm with covered revenue of up to $8.5 million, including niche and agricultural product farms (both crops and livestock) or those selling to national, international, retained farm identification, specialist, or specific markets.

A hemp farmer should comply with existing local, regional and federal hemp cultivation laws and have an agreement to buy the covered hemp to be qualified, among other criteria. WFRP regulations note that marijuana with THC above the rate of regulation will not be an insurable source of damage. In fact, hemp is not qualified for WFRP replant fees.

State governments have taken measures in recent years to develop state-licensed systems for industrial hemp and encouraged hemp as an agricultural product. Hemp can be used by a wide variety of products, including fibers, textiles, cloth, building, insulation products, cosmetics, animal feed, meat, and beverages.

The 2018 Farm Bill improved federal policy concerning industrial hemp, including the elimination of hemp from the Controlled Substances Act and the recognition of hemp as an agricultural product. Under certain limitations, the legislation allowed hemp and extended the concept of industrial hemp since the last Farm Bill 2014.

The legislation also allows states and territories to request a proposal for the cultivation of hemp in their state or territorial jurisdiction and qualify for the primary regulatory body. A state plan should include other criteria, such as land management, testing methods, or removal of crops and goods above the permissible amount of THC.

The licensed pilot projects to research hemp (often referred to as “industrial hemp”) were authorized by both the U.S. Agriculture Department (USDA) and Agriculture State Departments. The extension of hemp culture for specific purposes was allowed on a very small scale. The Farm Bill 2018 is bigger.

This widely promotes the growth of hemp, not just pilot programs to research the market potential in hemp products. It allows the transportation of hemp-based products for commercial and other uses over state lines explicitly. It also does not ban the sale, transport or ownership of products deriving from hemp, if such products are manufactured in compliance with the law.

This new Farm Bill, though, does not establish a free system in which people and companies can cultivate hemp wherever and whenever they choose. There are several restrictions. First, the hemp cannot produce greater than 0.3% THC per Farm Bill section 10113. Any hemp plant possessing more than 0.3 percent of THC would be known by federal law as non-hemp weed— or pot— and would, therefore, have no legal recourse within this new law.

Second, hemp production and development will have important joint state-federal regulatory authority. Under section 10113 of the Farm Bill, state agricultural departments are required to inform the governor and chief government agent of the state to come up with a plan to be presented to the USDA secretary.

The proposal for legalizing and controlling hemp by a state can only start once the USDA Secretary supports the program of that country. USDA would create a regulation system in states that choose not to implement a hemp regulatory policy under which hemp farmers in those states will register for permits and abide by a federally run policy.

Third, the legislation specifies acts that are deemed breaches of federal hemp legislation (including practices such as non-licensed growing and marijuana processing of more than 0.3 THC percentage). The statute outlines potential penalties for such crimes, a way for violators to comply with them, and what actions, such as repeated offenses, count as criminal acts under the law.