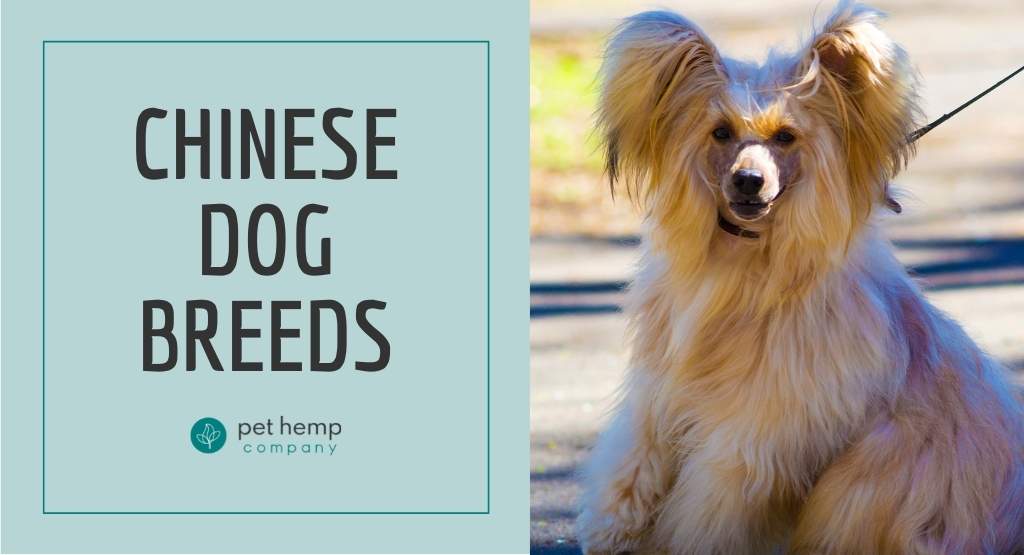 Did you know that the world has over 400 dog breeds? These dogs come in various sizes and shapes with all different origins. However, did you know some of the world’s most interesting and oldest dog breeds originated in China?.

Chinese dog breeds are generally known to be sweet, gentle, and loving companions. In this article, we put together the most famous Chinese dog breeds across the world. Let’s see if your future friend or your loving pet is included in the list!

China is a country known for its richness, magic, and legend. It’s not surprising that this country has some of the cutest and most adorable breeds you’ll ever see. Many Chinese dogs are also symbols of wealth and prosperity. Historically, these dogs were gifted to monks as companions or guard dogs for monasteries.

Chinese dog breeds are considered sacred. These breeds have an extremely charming and unique appearance. From Tibetan Mastiff to Chow Chow, you may be surprised that some of the most famous dogs in the world have Chinese origins.

You might be surprised to know that Pugs originated in China. The history of Pugs goes back to the Han Dynasty in 200 BC. They’re loved by Buddhist monks and were common companions of Chinese royalty. Pugs are fantastic family pets. They are loving, sweet, and have friendly demeanors. They are well known for their clown-like personalities and are adored by fur-parents around the world!

Pekingese, or commonly known as “Pekes,” “sun dogs,” or the “lion dogs.” Not only are Pekes one of the oldest Chinese breeds, but they are also one of the oldest breeds in history. In fact, there’s even an old legend saying that Pekingese were once lions until Buddha shrank them into the lovable dogs they are today. They are famous for being companions to Chinese imperial court royalties.

In reality, though, Pekingese are toy-sized dogs that weigh up to 14 pounds and grow up to about 9 inches. They are compact, have a flat cute face, and a thick double coat. Until this day, Pekes are still one of the favorite breeds to own in Chinese culture.

Shih Tzus are a small breed with a very energetic and playful personality. Since they look like small lions, the name “Shih Tzu” originated from the Chinese translation of the word “lion.” Similar to Pugs and Pekingese, Shih Tzus were another favorite breed of Chinese royalty.

The Shih Tzu is a famous dog across Southeast Asia. They are known for being a loving companion and a friend. Despite having lap dog looks, this breed is closely related to wolves. Hence, don’t be surprised if they easily get angry and territorial despite being small. As another toy dog breed, they grow up to 11 inches and weigh up to 10 pounds.

The Shar-Pei is an expensive dog because they are a very rare breed. They look like French Bulldog with wrinkled faces. Their origin can be traced back to 2000 years ago, but today the breed faces extinction. A Shar-Pei is a medium-size dog that can weigh up to 60 pounds. They have a distinctive appearance, such as around eyes, blue-black tongue, and petite ears.

Chow Chows have been in this world since around 206 B.C. They look like a mix of a lion and a bear and are known for being great guardians and hunter dogs. Like the Shar-Pei, they have a very distinctive look with a round-wrinkled face, blue-black tongue, and cute ears.

Chow chows can be your best farm dog. They can help guard, hunt, pull, and herd if you need them to. However, you will need to take extremely good care of them. They are especially prone to sicknesses such as skin allergies, autoimmune diseases, and diabetes.

The Chinese Crested Dog has a striking and unique appearance. They can be either short-haired or have no hair at all. They are lively and always want to be around their master. They are also extremely smart. Once they learn a few tricks, they will be eager to perform and entertain you.

This beautiful dog breed is a hunting dog that originated from the Guizhou Province of China. Ironically, Xia Quans are not kept as hunting dogs in their home province. They are considered lucky charms that can bring wealth and prosperity. The breed has a muscular build, strong legs, and padded paws, and they usually come in white color.

The Kunming Wolfdog is closely related to German Shepherds. They were first brought to China during the 1950s. They are large dogs that are usually kept as search and rescue dogs by the military. Kunming Wolfdogs can be as large as 85 pounds and can be as tall as 27 inches. They are strong, athletic, and energetic, and their coats usually come in a brown cream, black, and rust color.

Despite their name, Japanese Chins originated from China. They first became popular among Japanese nobilities many centuries ago. This dog breed is known for its cat-like personality, being affectionate and calm. More importantly, they love to be with their owner at all times.

Japanese Chins are a toy breed weighing up to 9 pounds, and they have round eyes, small heads, and short snouts. The breeds also come in various colors, such as black, white, ebony, and lemon.

The Formosan Mountain Dog hails from Taiwan. In 1945, they almost became extinct because of the dog-eating culture in China. Nowadays, it’s very rare to see pure breeds, and most of them can only be seen in Taiwan. However, there are many mixed Formosan Mountain Dogs in America, thanks to some foreign rescue teams.

Formosan Mountain Dogs are medium-sized, have a flat nasal bridge, round face, and short coat. They are known as rescue dogs, family pets, and guard dogs.

Although all dogs are cute, Chinese dog breeds have a special, mystical aura. Most breeds have a deep, rich history with interesting stories to tell. If you are interested in owning any of these Chinese breeds, you can find them through registered breeders, or if you’re lucky enough, you might find them in an animal shelter!